Given that the Enlightenment project of eighteenth-century Spain emphasized the importance of imitating buenos modelos, it is altogether fitting that I and countless other UVA students have found one of those outstanding examples in Virginia’s eminent teacher and scholar of the dieciocho: David T. Gies. David introduced me, among many others, to the thinkers, writers, and reformers of the Spanish Enlightenment, and nearly thirty years later I cannot think of that period without mentally hearing David catalog the Spanish –ar verbs that reflected the essential spirit of the Enlightenment project: “¡Educar! ¡Analizar! ¡Mejorar! ¡Iluminar! ¡Reformar! ¡Deleitar!…” His enthusiasm for this somewhat obscure era in Hispanism was infectious, making even el Padre Feijóo and his encyclopedic efforts to desterrar errores stimulating. In the years since I had that first M.A. class with David, I have come to realize fully something I only sensed at the time: my classmates and I were being educated, amused, enlightened, and scholastically improved by a modern-day ilustrado who shared the spirit of Jovellanos, Iriarte, los Moratín, and the other hombres de bien he brought to life so vividly in his lectures. David embodied the very ideals he was describing.

As I reflect on my now long-ago years at UVA, I remember again the debt I owe David and the other faculty for all they shared with me and other students during the formative years of graduate school: outstanding teaching, stellar scholarship, excellent mentoring, and, perhaps most notably, a genuine concern for us as individuals. The camaraderie of the Department of Spanish, Italian, and Portuguese was truly special, an atmosphere of collegiality, collaboration, support, and cooperation that flowed directly from David’s personal ethos and leadership as department chair. The famous Gies hospitality (departmental picnic, countless parties and gatherings), warmth, and generosity helped keep us encouraged during the rigors of preparing for comps and the countless other stresses of being a graduate student.

The first picture I have included, of David and Paula Frías, is from Halloween 1987. 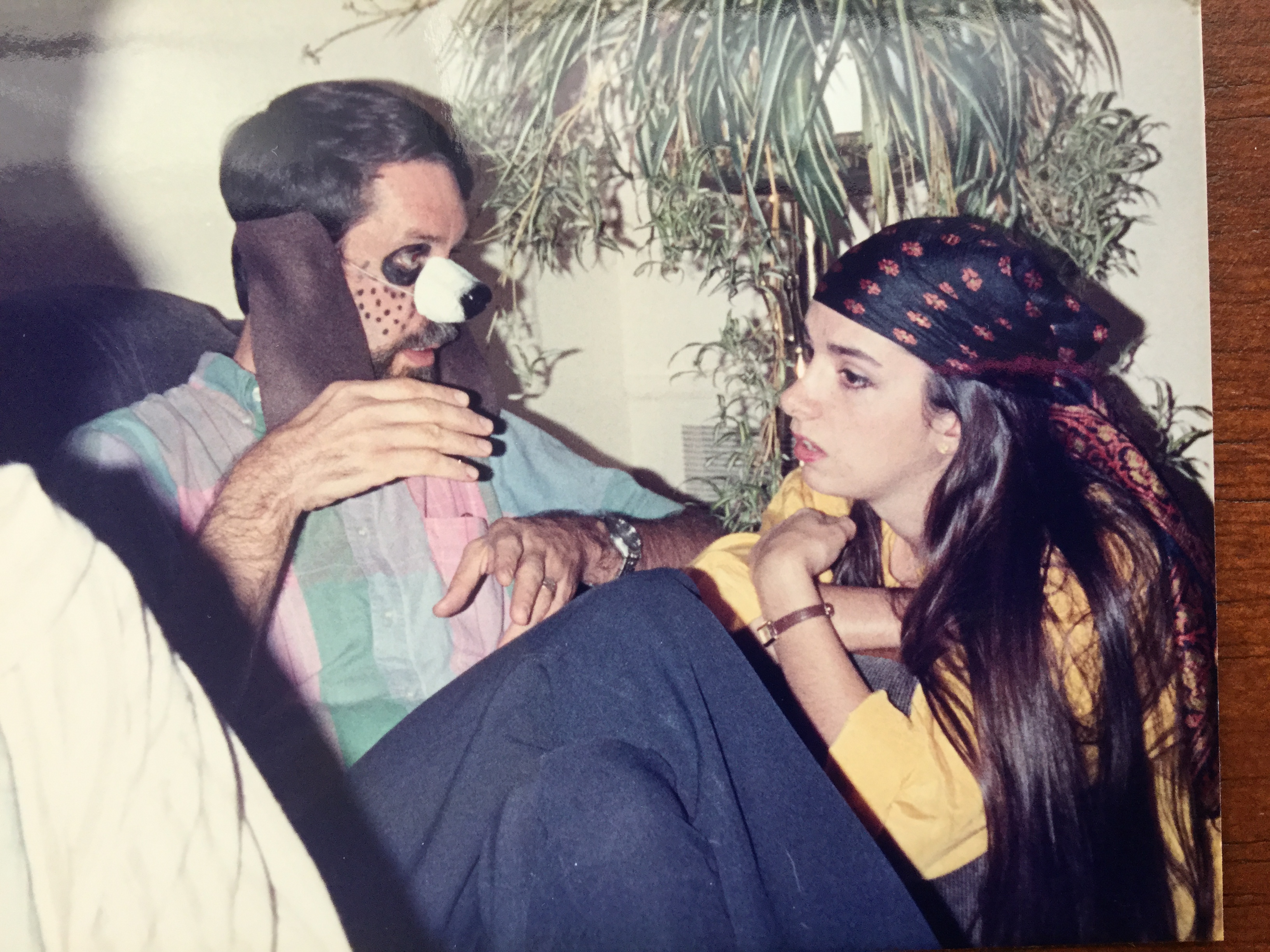 Dressed as his dog Gruff, David was engaged in a serious conversation with Paula (likely about a recent play or film they had both seen), even as he revealed his playful nature. It is photographic evidence of the buen modelo David has provided: one can be a top-notch teacher-scholar and a kind, down-to-earth human being at the same time.

The second photo is of David, Betsy Lewis and me at MIFLC 2015, where David gave the keynote address. 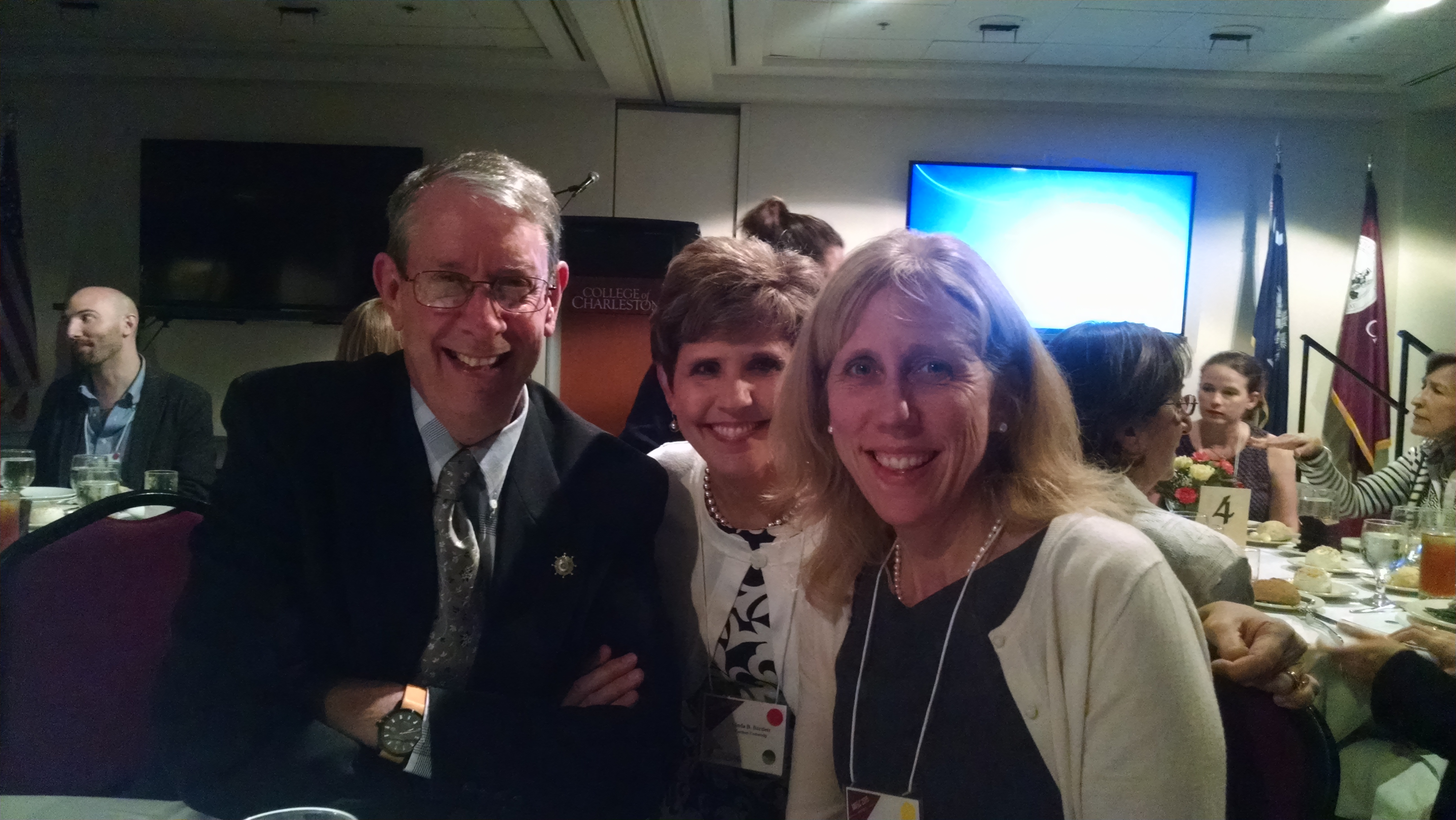 He continues to serve as an inspiration, and I count myself fortunate to have known him as a professor, friend, and mentor for many years. I am profoundly grateful for all I have learned from his example.

Professor and Chair, Department of Modern Languages and Literatures