For many of us, UVA, Spanish Studies,the Hispanic Enlightenment and Spanish Romanticism, as well as Spanish theater and film studies are synonymous with David Gies. Many of David’s students, like myself, owe their profession to him. For me, I can trace it to a specific night in Charlottesville, spring semester 1988 during the five minute break we got mid-way through our Spanish 560 Enlightenment to Romanticism course. David trained me to be a good dieciochista, backing up myself with the historical texts, so I’ve been digging in my own personal archives and found some artifacts of interest. First, I found this Kinko’s packet. 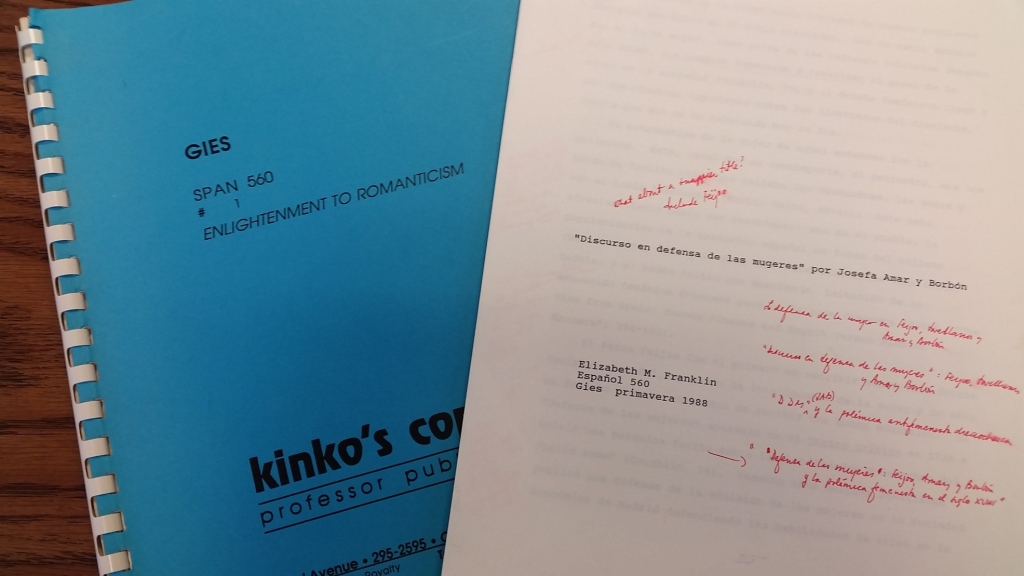 For you youngsters who don’t know what a Kinko’s pack is, this is what we used before pdf’s and stringent copyright restrictions! But the document to the right, is what I was really hunting for—my term paper for the course. This paper, rather David’s reaction to the paper, was the beginning of my professional life. You can see it full of red marks. It was titled “Discurso en defensa de la mugeres” por Josefa Amar y Borbón. David remarked “What about a snappier title?” Later in the paper, David schooled me in feminist rhetoric: 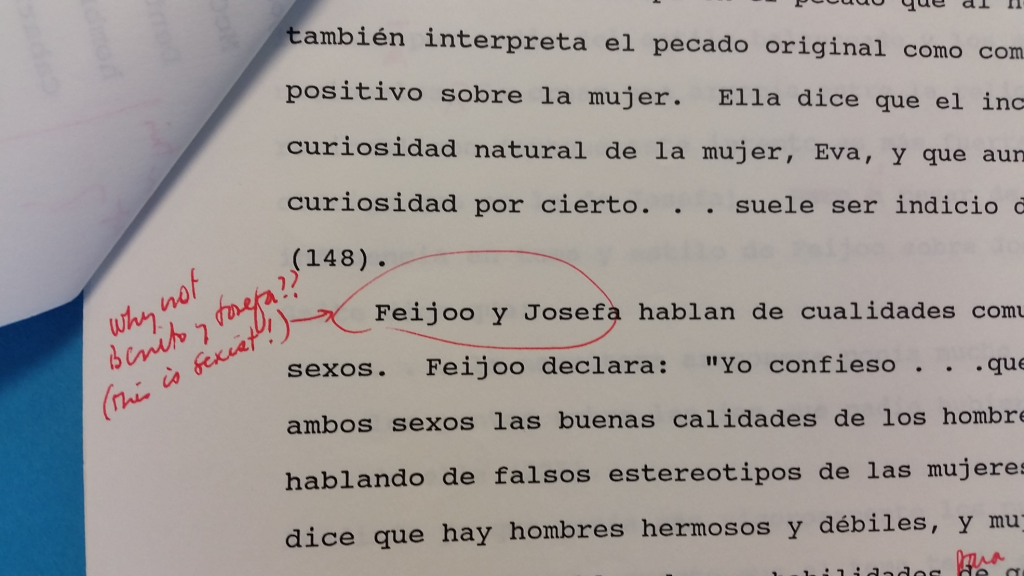 But it was what he did during that 5 minute break that made (and didn’t break) my world. We were out on the hall of New Cabell, drinking our diet cokes to stay awake through the long late afternoon seminar, and David (Mr. Gies to me then) pulled me aside and said “Betsy, I really liked your paper, and I think with some work you could publish it….in Dieciocho” 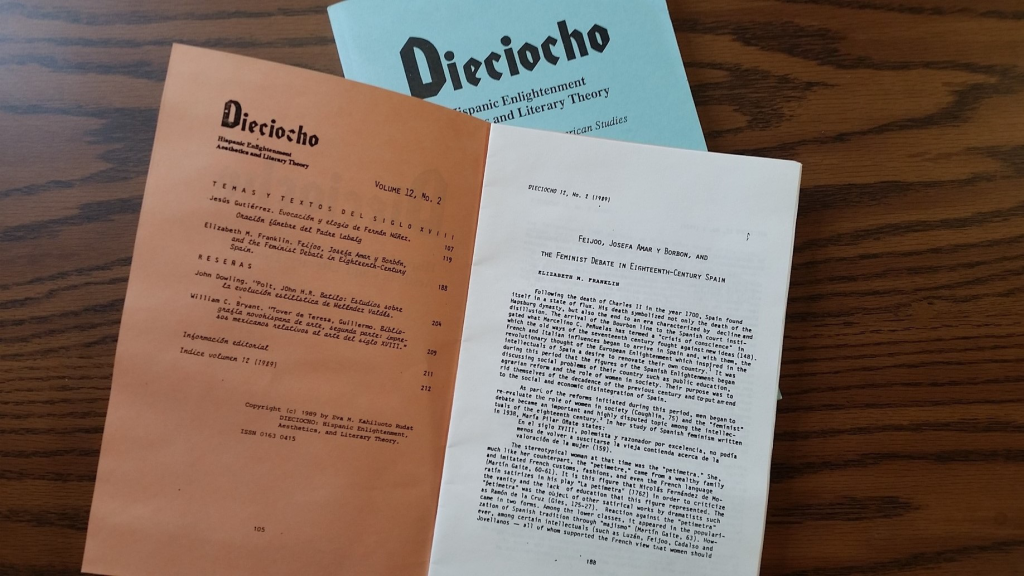 In Dieciocho!!!!! Oh my God!!! Now, this was 1988, before Dieciocho was Dieciocho under David’s guidance. But I knew the journal, because I had used articles published from it in my research. I was at the end of my first year of my MA. I was enjoying my studies, but was still very unsure of myself. I was about to head off for a year in Costa Rica on a Rotary Scholarship that I had won as an undergraduate but couldn’t start until that summer, and I wasn’t really sure that was where I wanted to be. Those few words, that show of confidence, that little extra push, was just what I needed at that moment. Later, I did work on publishing the article, and I expanded the paper for my Masters’ tesina, and I kept developing the topic into my dissertation, my first book, and now… here I am! Not only am I still working on women writers in the eighteenth and nineteenth centuries, but I’m also following David’s model to try to be that same sort of professor to new generations of students. Thanks David, you have been, and continue to be, an inspiration!