By Roberta Johnson, Emerita, University of Kansas and UCLA

Gracious, gallant, and generous are three adjectives that come readily to mind when I think of David Gies. David has the knack for recognizing and promoting talent in others, as his students have amply testified. My career owes much to David (for example, the opportunity to serve on the Executive Committee of the PCC [Program for Cultural Cooperation between Spain’s Ministry of Culture and US Universities], which led to our both being inducted into the Order of Isabel la Católica), but this message is about David and not about me. Others of David’s wonderful qualities that do not fit the “g” alliteration include smart, fun, and savvy about good food. Since I have had the good fortune to share many culinary experiences with David, I will concentrate on that aspect of his conviviality. Over the years, I have dined with David (and often Janna too) at MLA, AIH, and PCC meetings, each researched and organized by David in the most diverse locations. Each meal was a memorable occasion with appreciation of great cooking laced with lively conversation. Not only is David an astute detective at finding the best restaurants in any locale, he is himself a consummate chef. He produced a to-die-for dinner at his lovely Charlottesville “estate” when he organized the annual PCC meeting at the University of Virginia in 2005.

In addition, I especially remember the cozy Paris restaurant David scoured out at the 2007 AIH meetings where we dined with Harriet Turner, Pedro Alvarez de Miranda, and his wife Pura. 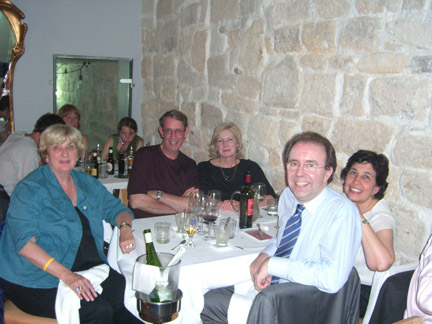 David was instrumental in my being invited to join the Executive Committee of the PCC, which led to our being awarded the Order of Isabel la Católica in 2007 in a ceremony at the Spanish Ambassador’s residence in Washington DC.

When Pedro Álvarez de Miranda was inducted into the Real Academia de la Lengua in 2011, we had a dinner to honor Pedro at the legendary Zalacaín. The group included Pedro, Pura, their daughter and her husband, David, and Rosa Montero. 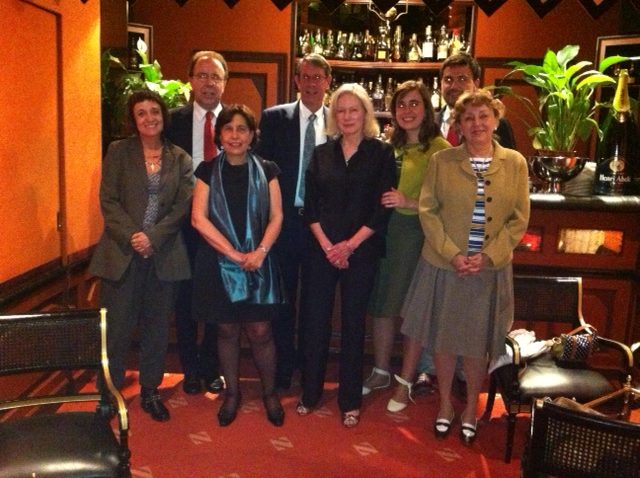 The reception after Pedro’s investiture was held at the Residencia de Estudiantes where David, Harriet Turner, and I spent many happy hours drinking and chatting when we met in Madrid for the PCC meetings.

David was a huge hit when he came to UCLA to give the prestigious Mathews lecture, and of course the occasion offered several opportunities for meals with southern California colleagues. 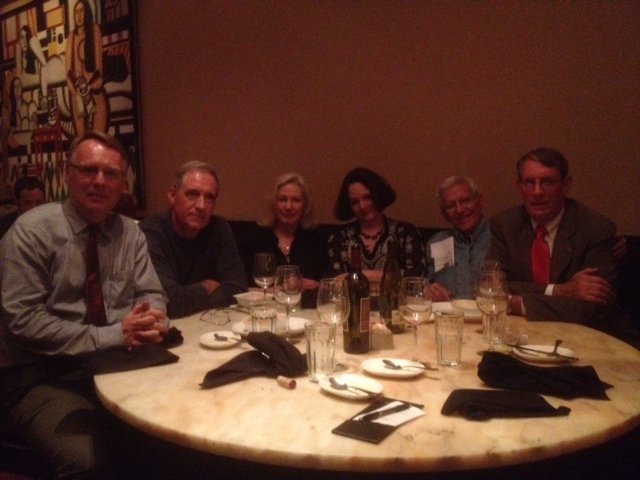 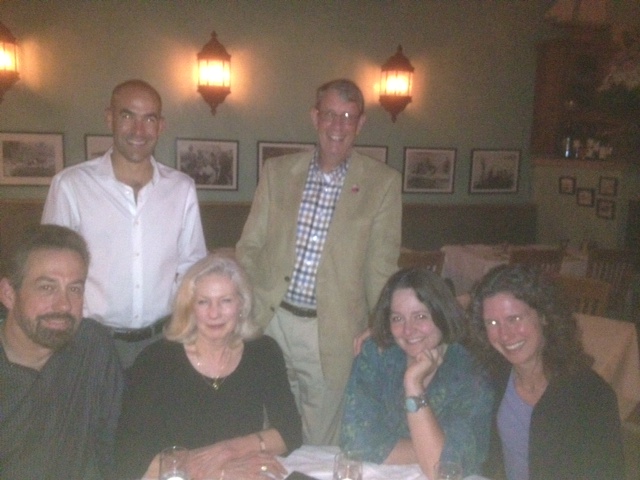 And just to prove that it wasn’t all just eating with David (there was plenty of culture too), I end with David and Janna at the Getty Museum in Brentwood. 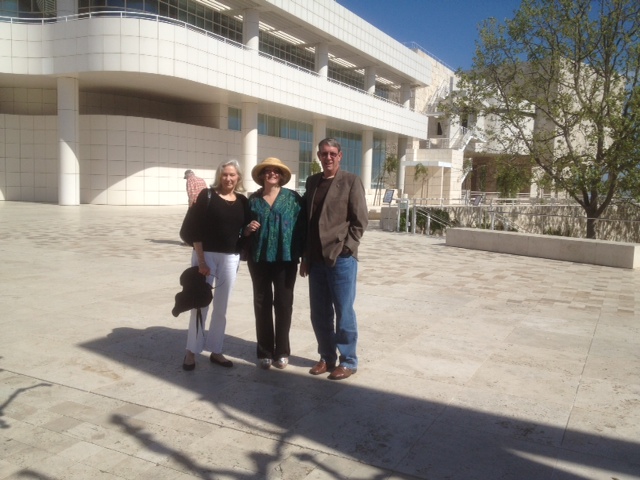